I missed it when the NES and SNES Classics, small ROM-boxes produced by Nintendo of their Famicom-platformed consoles, hit the market a few years back.  With a limited run, the systems are difficult to find new-in-box, and for most you have to scour eBay or similar websites.

Well as it turns out Nintendo of America sells refurbs on their website.  I have heard excellent things about their refurbished products, and going into some sort of nostalgia stage I decided to go ahead and order them.  I chose the cheapest shipping option and the arrived from Redmond after about 2 weeks.


The shipping box came with anti-tamper tape, and had two smaller boxes inside-one for each system.  They were well backed with individual wrapping for all the components.  You'll note that the boxes themselves are just cardboard with stickers on them; you won't find retail packaging with these. 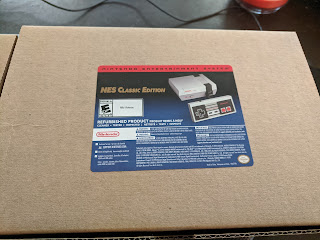 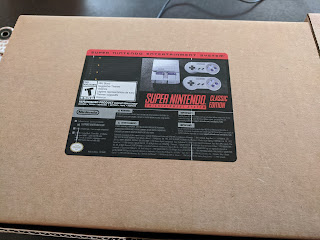 The first thing I noticed after opening the packages is that the consoles themselves are small.  I had known that they were going to be mini-sized, but the included controllers are about the width of the consoles.  My tiny, gnome-like hands hold them just fine. 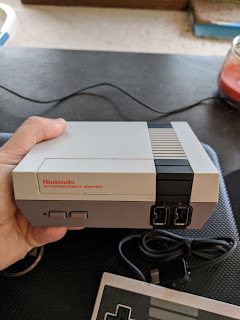 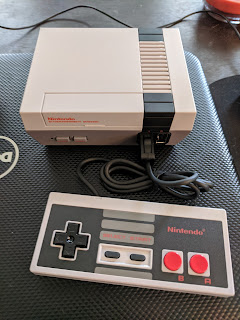 The NES only comes with one controller.  This is perhaps not as unreasonable as it sounds; the majority of NES games, when they were two player, tended to be sequentially rather than concurrently.  In addition I was surprised to see that the port was not the original controller ports.  For some reason I had thought that they were going to be, even at the point where I was scouring the Internet for a NES Advantage.  The cables are stupid short, something that I hadn't noticed back when I was in middle school and this was in a TV in my bedroom.  Picking up controller for the first time in going on 30 years was shocking; the controller was tiny compared to modern consoles which seem to have older gamer sensibilities in mind. 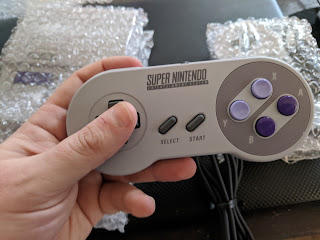 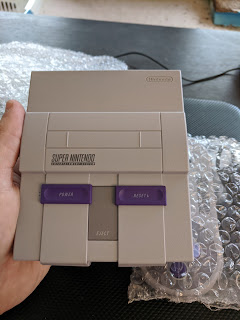 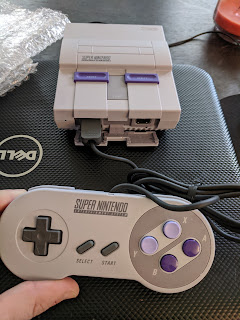 The SNES uses the same ports as the NES, although those are hidden behind actual faux-SNES controller ports.  I'll be sure to see if I can use a SNES controller on the NES.  Again, the cables are short but the controller feels a lot better.  Could be because I  played it in high school more, and muscle memory is more forgiving.  As with the NES controller, the build quality was high.  These replicate an early SNES controller without the engraved top.

Looking over the consoles and controllers, the quality is astonishing.  It seems as if the Internet Stories about the quality of Nintendo refurbed products are true, if I didn't know they came returned I wouldn't have known they were pre-owned.  I searched for blemishes and scratches and couldn't find any, and the build quality was very high.  I'm a little reminded of Internet Stories were someone orders a blemished firearm from someone like Palmetto and they can't find any visible blemishes.

So far I have to give a big thumbs up to Nintendo of America for their work at their refurbishment center.  I realize it could be that these were returned un-opened, but I gotta wonder if NOA wouldn't have sold them as new if it were the case.

Posted by GruntyGinMan at 1:57 PM No comments: