Massanutten is a short mountain chain in the middle of the Shenandoah Valley in Virginia, and today I headed out to Bird Knob which is located towards the Southern end of it. According to Earl Schaeffer(the first Thru-hiker of the Appalachian trail) Massanutten got it's name from being a "Mass of nothing."
It was going to be hot and humid today, at least as much as it was last Friday, but like a Alzheimer patient I completely forgot how miserable I was and decided to give it a shot. The stretch of the Massanutten Trail I was going to go on was reasonably level, although the first mile was pretty steep. I also noted that the trailed was rated poorly for solitude, implying it was Touristy. The potential for Bad Luck was increased by me running late getting out of work, meaning I would hike a lot more in the hot hot sun.
I arrived at the Trailhead and discovered that the Forestry service had a Ranger Station there. It was closed(even though the hours showed it was open) and there was a sign cheerfully warning me of poor air quality today. 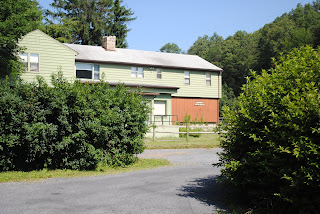 Moving along I decided to go ahead and head off onto the trail. I went stumbling along for about a mile, busting my balls in the humid heat, big rigs whizing by below me spewing out fumes and making it worse. I was clear now that the low solitude rating came not from the day hikers, but from the damn freeway below. It was incredibly rough and I was throughly miserable. About half a mile in I decided to turn around and head back. 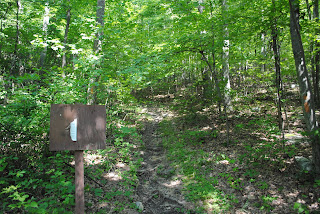 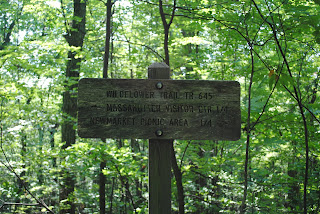 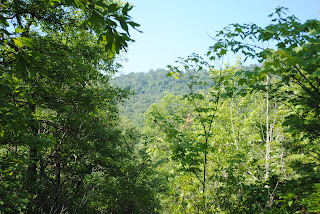 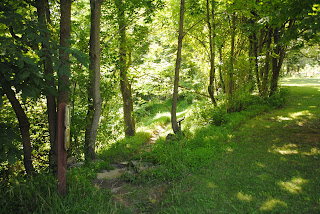 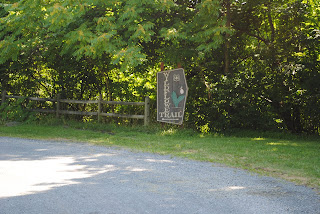 So, I went home. Honestly, I'm not sure why I went out there even though I knew the temperature would make me so miserable. A lot of the hiker "literature" advises "10 Before 10" rules for hot nasty weather...in other words get up at oh-dark-hundred and hike 10 miles, then sit and rest until the late afternoon/evening before continuing on. Makes sense.
Tomorrow I'm celebrating my B-day with (one half of) family. Ugh I feel old.
Posted by GruntyGinMan at 1:48 PM